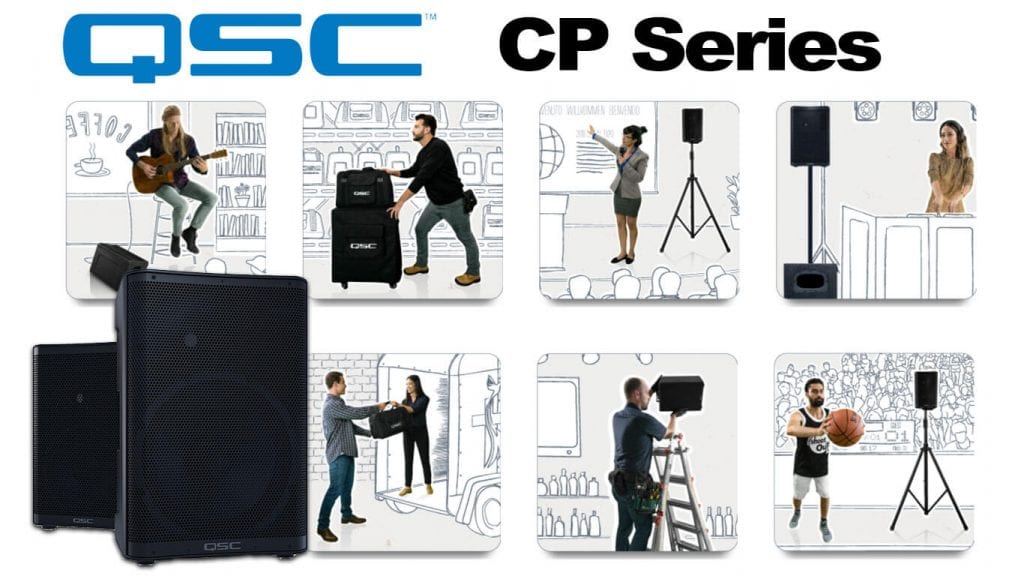 Those Americans have been hard at work designing the new QSC CP series speakers….It’s a widely known fact that I’m a ‘Value for Money’ guy. I’ll be the one in the supermarket examining labels closely, to make sure the price per kilo is the best, regardless of its size – I know its sad but as Mike Skinner of The Streets once said “A Grand don’t come for free”. I apply this same mentality when shopping for audio gear, especially speakers. QSC’s K series have ruled the active PA speaker roost for some time – especially with their new KS212C AND KS112 sub-woofers. QSC K-series speakers are used the world over, from band gigs, weddings, houses of worship, public address and royal/political announcements. So you’re probably wondering why they have brought out a new range. The answer is simple. The K.2 series is awesome with many features on-board, but this will always be a certain price. This is where the QSC CP series speakers range sweeps in and sets off my VFM* buzzer. They don’t have many bells and whistles but they have got the core of what many are looking for in an active speaker: Reliability, Portability, Quality and Price.

What does CP Series mean?

QSC have labelled these CP, which stand for compact powered. As you’ll see in our comparison tables below, they are certainly smaller and lighter than the K series, so the name is fair! They make QSC speaker ownership far more accessible, whilst still keeping the styling and aesthetics so they would also be handy to have for bigger gigs or for monitors where you want to keep a single brand. The QSC CP series speakers come with a 3 year warranty, based on a free registration once you purchase the speakers.

Why are the QSC CP Series speakers worth buying?

First impressions of the CP series is certainly their compact design. Overall, the speakers are smaller than the K series used the world over. QSC’s speaker building formula is still in full effect with the QSC CP series speakers – their fully polypropylene cabinets and full steel grille wraps around the front, whilst there are moulded extrusions on certain corners and bumpers to protect the amplifier plate at the rear. The CP series houses 2 Class D amplifier modules a 200w and 800w, matched perfectly to their respective HF and LF transducers. The CP series also features an advanced DSP  contour adjust system, allowing you to change the sonic characteristics depending on application. All of this comes in light, at only 9.5kg for the CP8 and 13.7kg for the CP12.

Whats on the back of the QSC CP series speakers? 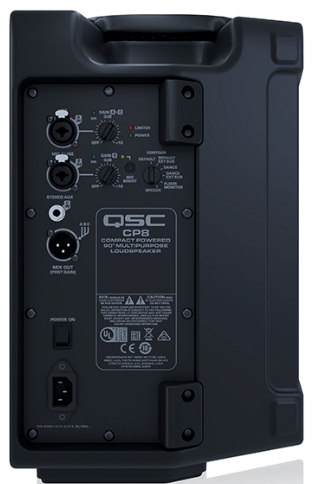 Well, dear reader as mentioned there’s less going on than a K.2 series unit, but more than the original series. Both CP8 and CP12 speakers share the same back panel. Firstly the CP has 2 XLR/TRS combo inputs, with independent gain controls. Input B has a mic boost button, increasing the sensitivity for dynamic microphones and low level line sources by 25dB. The CP series speakers also have a third input on a 3.5mm minijack for connecting portable devices such as phones and tablets. This is routed through channel A gain. Sure you can still use the B input for a mic, for example and then use the volume control on Ch A to control  your phone or iPad. To the right of these inputs is the contour control with six different presets, each with different sonic characteristics.

I’m easily excited; especially under the light of my VFM* siren. One of the main reasons for this is the contour select on these puppies. Once you’ve rocked up to a gig with these CP series speakers, heres what you can select from:

Different positions for the QSC CP series speakers and accessories. 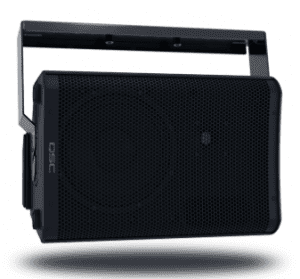 Both the CP8 and CP12 can be used in three different positions for further flexibility (that VFM* buzzer is still going, but not getting tiring!) First of these is the traditional pole mount. Chuck it on a speaker stand, add power via IEC and then signal, you’re ready to rock. Secondly the CP series can be used as a wedge; the mouldings on the side and back allow for the speakers to sit on the floor safely whilst minimising the chance of scratching or marking the cabinet. The third way is via the horizontal yoke mount – designed for permanent installations at entertainment levels – leading me onto my next point: Accessories! The CP series speakers are lightweight to carry, with transportation aided even further with the QSC official CP tote bags. They are a heavy duty nylon mix, with ample internal padding to prevent the speaker of knocks and bumps. You can still carry the CP series  Utility of these speakers are even further increased with thanks to the outdoor covers, made of a lightweight weather resistant material. These can be used for short term speaker setups against the elements where the front cover unzips to reveal a mesh layer to obtain sound quality and throw. The rear panel is removable and allows access to cables and controls.

*VFM: Value For Money – Marcus’ term for items that perform extremely well at their price point 🙂 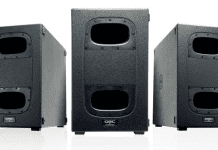 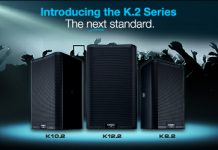