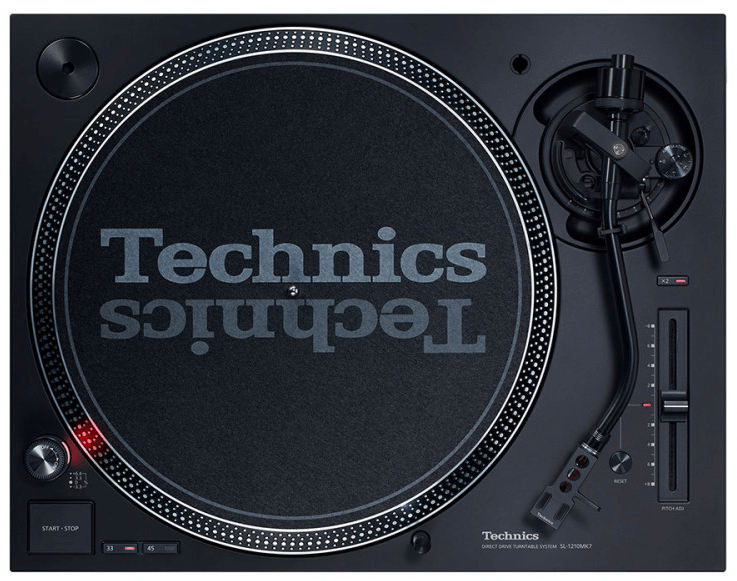 Unless you’ve been living under a rock since Panasonic made a Technics SL1210 MK7 announcement in January, you’ll know that the turntable legend is now back in MK7 form. Spanning a 4 DECADE run, Technics made over 3.5 MILLION SL1200 and SL1210 turntables – with many of these still clinging to life in homes, bars and clubs. This is due to the perfect combination of build quality, ease of use and powerful torque – sadly, with parts drying up we’re hearing from more and more DJs who need a new deck – and the super OEMs of this world just don’t quite feel right. The new SL1210 MK7 is entirely re-engineered, yet it still retains the formula that made it famous all those years ago: timeless design, function and spirit. Let’s not forget that back in the 1970s, 1200s and 1210s were initially designated to be a hi-fi turntable – if you ask anyone for a list of features on these, it would be a short conversation! That being said, the new SL1210 MK7 hasn’t added anything unnecessary, focusing on tools and features for the discerning DJ in the 21st Century: 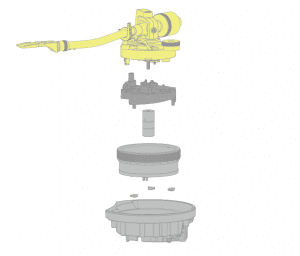 Technics have a long-standing tradition with the ’S’ shaped static balance tonearm. Technics also states that thanks to high precision bearings, it achieves a higher initial-motion sensitivity than its predecessors. Rest assured, tracking performance is outstanding even under the pressure of the most impossible of playing conditions like scratch routines and the excessive SPL of nightclubs.

The direct drive system in the previous technics was brilliant (in my humble opinion). It was torquey and required no moving parts, thus making the SL1210 extremely reliable. There was one issue with the previous version – cogging. This is the term given to rotational irregularity, which was due to the ‘array’ of magnets used to turn the iron core attached to the platter. The new motor in the MK7 is core-less, thus eliminating this cogging issue. There is a positive side effect to this – the magnetic force was improved due to there being a smaller gap between rotor magnets and platter, so the torque is powerful while still delivering smooth performance.

As mentioned earlier, the older technics had one ‘feel’. One torque setting, one brake speed and one start speed. This is great for consistent play wherever you are in the world, and whatever decks you’re playing. The SL1210 MK7 has this same legendary feel, yet there are some bits under the bonnet to make your DJ set a little more involving. Think of it as adding a cheeky turbo to your car; These settings are found under the platter, selected by using a series of DipSwitches:

The real beauty of Technics being a Panasonic brand, is the level of access to other tech (Panasonic have a huge R&D team). In this scenario, Panasonic’s Blu-Ray disc products use a powerful microcomputer which has been repurposed to control the motor start and brake torque.  These settings can now be toggled between high and low, offering a ‘classic 1210’ level of starting torque and brake speed.  Want to customise your deck to suit your needs? Now you can with dip switches that can be engaged to suit your DJ style like scratching or beat juggling.

The Technics SL1210 MK7 offers the usual rotation speeds (33-1/3 rpm and 45rpm), with the addition of being able to play 78 rpm records. You can customise the pitch control to either 8% or 16%, yet still enjoy the benefits of the extremely accurate pitch, which is always under control thanks to advanced digital technology. It’s important to note at this point, that the pitch FEELS exactly the same in terms of resistance compared to the early 1210/1200 models.

Now, this is one of the most exciting new performance features: Reverse play. This means you can turn the platter in reverse direction when you press both speed select and start-stop simultaneously and the dip switch under the platter is set to reverse. We are looking forward to seeing this feature being used on many turntable routines.

The stylus lamp on the technics had the same equivalent power as Ebenezer Scrooge’s bedside lamp, and was just as fragile – the new SL1210 MK7 features a bright, long life white LED making the stylus area of the record easy to see. This is a necessity in a dark nightclub! Other lights on the unit (backlit switches, strobe etc.) can now be set to either red or blue. This makes the mk7 sit nicer (aesthetically) with your DJ mixer, but would be extremely handy in an environment where you had multiple decks connected to a mixer in a b2b context.

As you would know if you owned any SL1210 (apart from the Asia-only rare MK4), all of your cables were soldered directly inside the turntable. The new SL1210 MK7 has a fully detachable cable set, enabling you to use any IEC cable for power, plus your favourite RCA cable type and length! Long gone are the days that DJs using CDJs in between technics would either need to be unplugged or have super long arms to mix!

Put the needle on the record…

While it’s not a feature, the MK7 is supplied with a manual aimed at DJs, this is perhaps the single most important aspect of the new 1210 – it’s been designed for DJS.  The SL1210MK7 isn’t a HiFi deck that happens to perform as a DJ turntable, for the first time ever the boffins at Technics have cooked up a deck based on the ingredients we’ve all been requesting.  With limited stock due to arrive in June, and a production run that is expected to be less than 3,000 units, we’d suggest you pop in store to get your hands on the first ever SL1210 made for DJs.  If you want to be one of the first to own the MK7, be sure to order now to avoid disappointment.