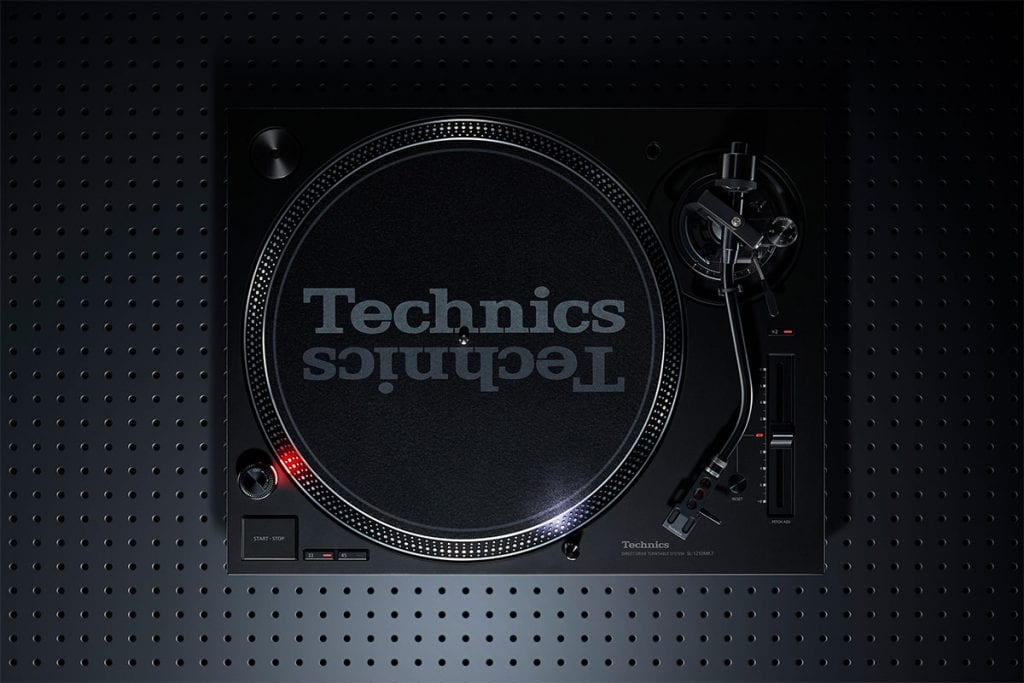 Today, in the bright lights of Las Vegas, Technics have announced the new SL-1210 Mk7 turntable – for DJ’s.

Well, they actually announced the SL-1200 Mk7, however, in Europe, the same turntable will be named the SL-1210 Mk7. This naming convention is nothing new to Technics as this has been seen before with some other models of the famous turntable.

So what’s big deal? Technics have made this with the DJ in mind, which is pretty much a first. The original SL1200 was never made with the DJ’ing in mind, in fact, the art of mixing two tracks together was only starting to evolve in 1972 when it was first released. With the later versions, like the iconic Mk2 and later the Mk3, Mk3D, Mk5, Mk5G – DJ’s were given a thought, but it was secondary. Read all about the heritage of the SL1200 here.

After nearly 2 years of research, they’ve developed a new turntable from the ground up although still using the classic layout and looks that have made this model a classic. It also means that any DJ can just jump on and know exactly where everything is, how to use is and it will feel pretty much like their favourite turntable.

Well, the guts are brand new.. a new, coreless direct drive motor is a new designed to developed to prevent ‘clogging’ and offer a smoother, more stable and reliable platter rotation. With new electronics inside to control the the motor speed and still maintain the high torque we’ve become used to. The pitch range is switchable between 8 and 16% and there’s a nice new pitch reset button to lock the speed in. Here’s what Technics say about the new motor:

The direct drive system uses a slow-rotating motor to directly drive the platter. This system has various advantages. It offers high performance, such as rotation accuracy and powerful torque, does not require replacement of parts and maintains high reliability over a long period of time. However, the direct drive system was said to on occasion produce a rotation irregularity called cogging. For the SL-1200MK7, a new coreless direct drive motor was developed. This motor employs a coreless stator. The removal of the iron core from the stator eliminated the root cause of cogging. Furthermore, the magnetic force of the rotor magnets was improved to the highest possible level, and the gap between the coreless stator and rotor magnets was optimised, thus achieving high torque performance equalling that of the SL-1200MK5. Boasting smooth rotation and powerful torque, this motor reproduces sound accurately and faithfully from the groove on an analogue record.

Starting torque and braking can be adjusted, the traditional pop-up cue lamp is now a long life LED and the LED’s behind the switches can be switched between red and blue.

The new tonearm is made from light weight, high rigidity aluminium  and is coated black to give it a sleek look. At first looks, the arm housing and height adjust appear the the same as the previous models but again in matt black.

The chassis base is made of a new ABS compound  with improved dampening and the metal body to provide the solid build we all know and love. The feet – sorry – “isolators” are now improved too, designed to improve isolation, reduce rumble and still improve sound quality and stability.

The platter also has improved dampening with thick rubber insulation under the solid aluminium platter. Technics say this:

The platter on which a vinyl record is placed features a two-layer structure with deadening rubber on the entire back surface to eliminate unwanted resonance in the aluminum die-cast platter. The platter offers high rigidity and outstanding vibration-damping characteristics to prevent harmful vibration from being transmitted to the record and delivers clear sound.

The chassis, an essential part for reducing external vibrations, inherits the audio quality enhancement technology fostered through the development of high-end turntables. The aluminum die-cast chassis is rigidly integrated with a special material consisting of ABS mixed with glass fibre to achieve a two-layer construction. The combination of this special high-rigidity material and a metal chassis raised the rigidity and vibration-damping performance to higher levels, realising a robust cabinet for beautiful sound reproduction.
The insulator is comprised of a spring and rubber to provide optimal frequency characteristics. This not only assures high sound quality and superb howling resistance, but also effectively shuts out external vibrations under high sound level conditions.

Other improvements include the ability to reverse play, 78rpm and detachable power and audio cables.

You can pre-order here: https://www.westenddj.co.uk/technics-sl-1210-mk7

Check out the gallery below