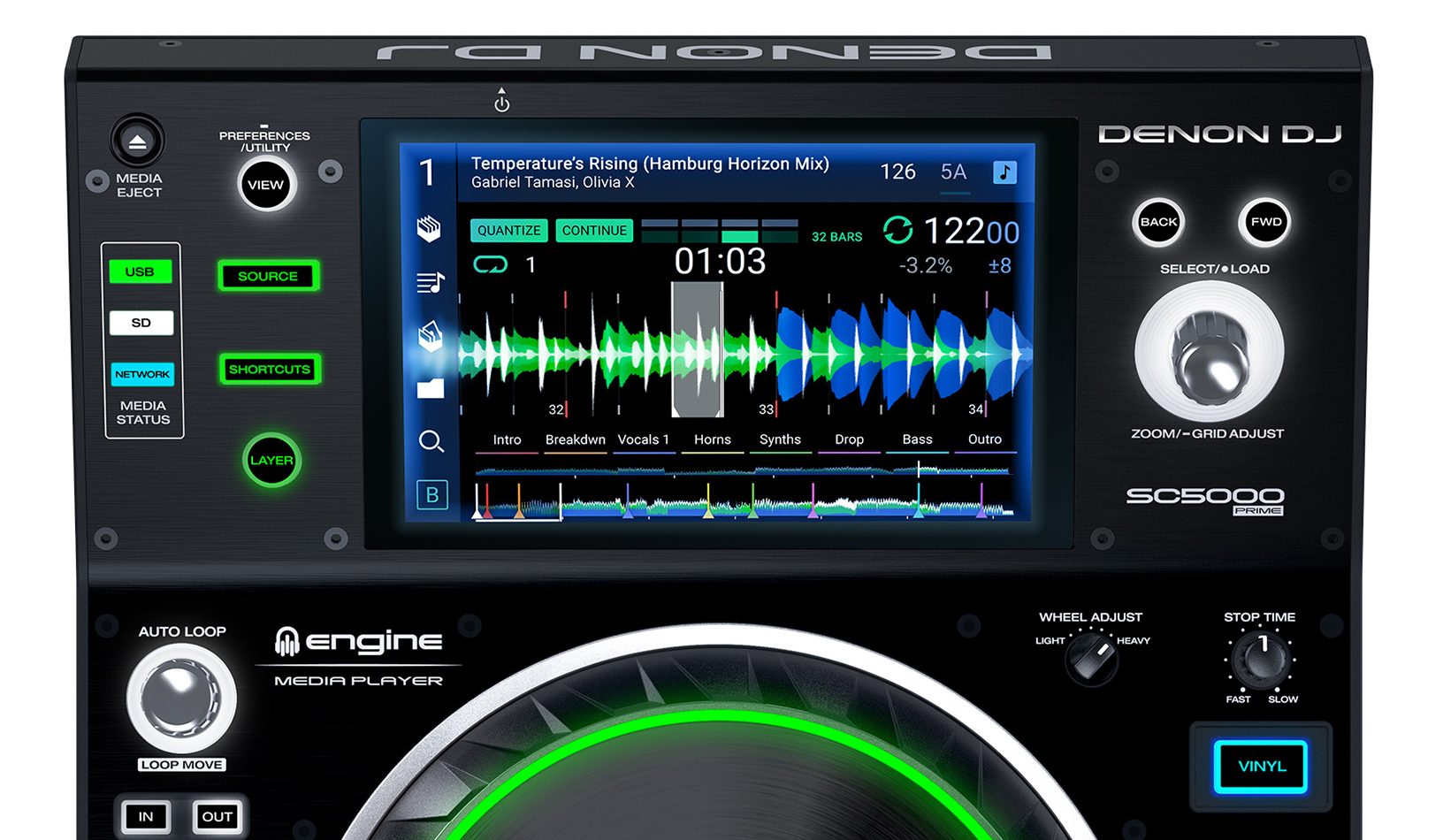 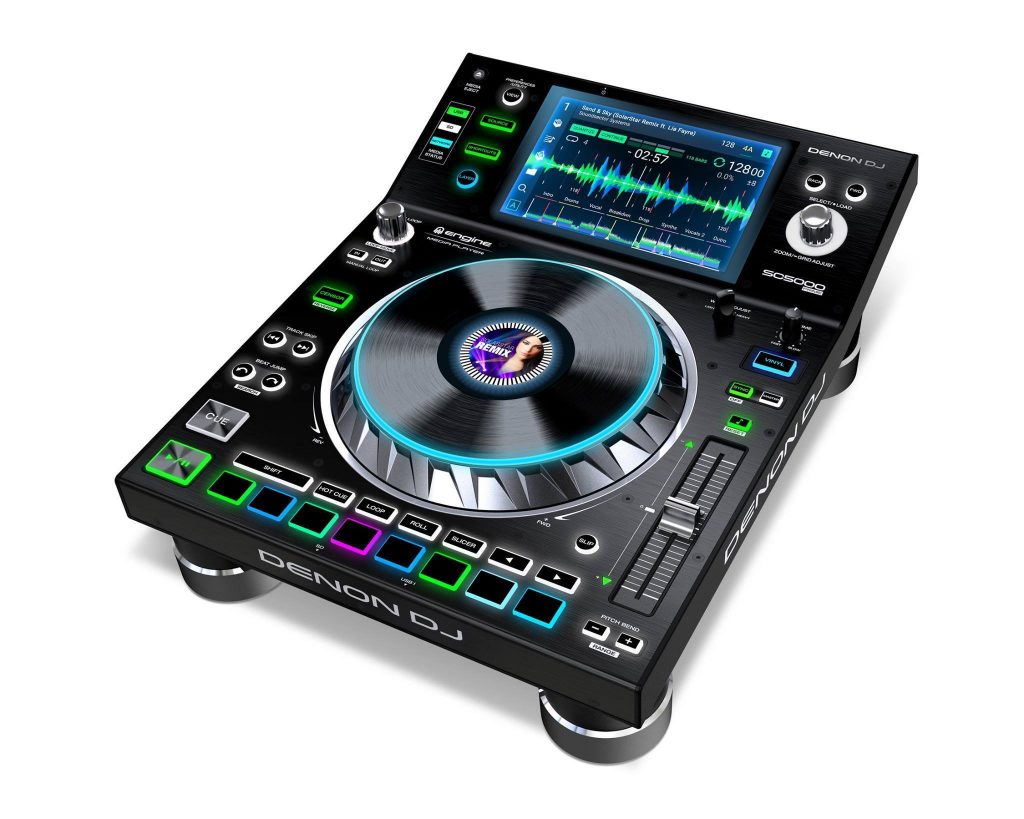 Today Denon finally lifted the curtain on the SC5000 Prime Media Player, while there was much speculation on the web, not everyone had the full details. Our friends over at djworx.com have an in depth coverage here. To summarize:

It’s a single player with dual layer playback and control.
This means one player has two audio outputs, you just keep switching between decks. This is for both media and controller.

7″ Multi Touch display
It’s huge! It works well too for waveform display and zooming and (we presume) track scrolling.

Media Player
It plays from USB and SD card and has network connectivity to link up to four players and play from a single source.

Jog wheel display
It has a display in the center of the jog wheel for artwork and can be customized. The jog wheel can be adjusted to be tighter or looser too. 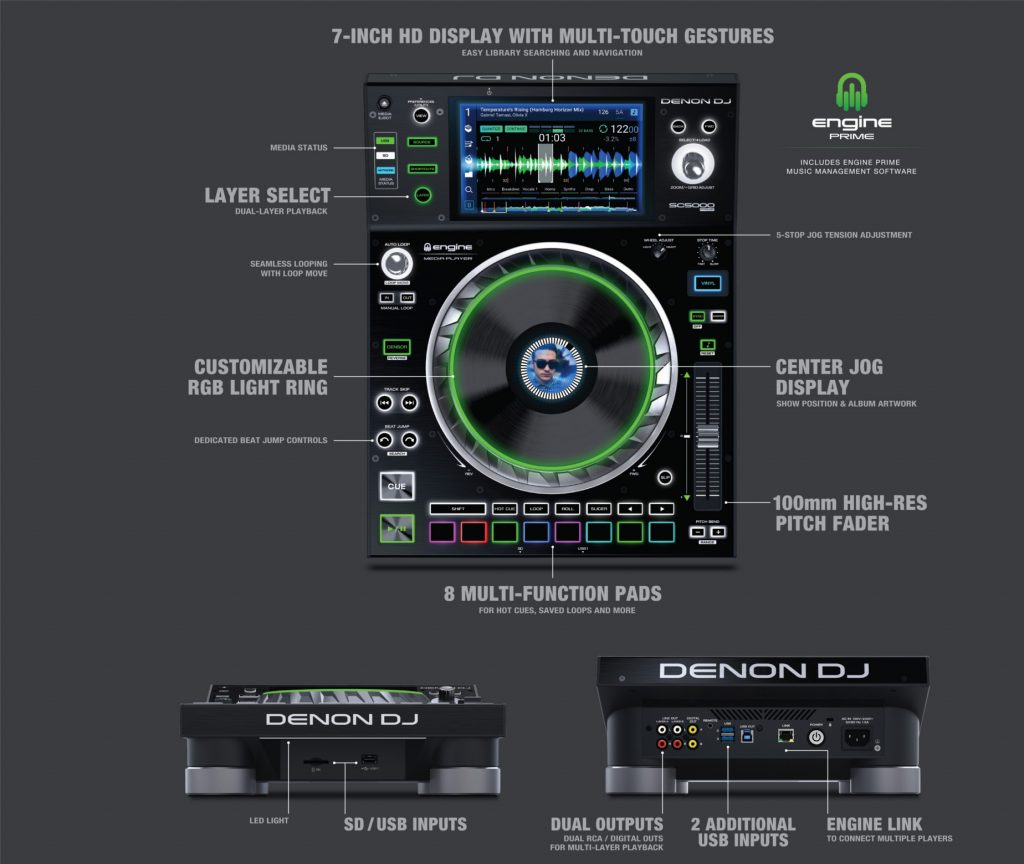