It’s been just over a year since Roland revealed the DJ808, the first DJ controller and the first with a built in drum sequencer, their TRS no less. They have now added to the range to provide a very familiar line up, the DJ202 is an entry level controller which ships with Serato Intro and the DJ505 is amid range controller with more connectivity, more comprehensive sequencer and includes Serato DJ. 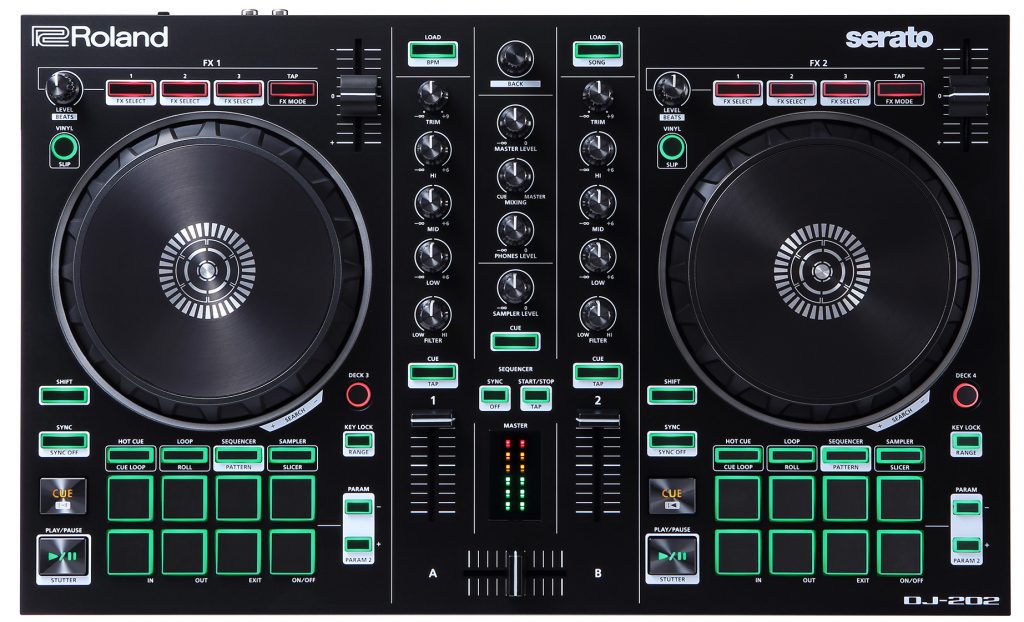 Looking very familiar, with similar layout to other controllers like the Pioneer DDJ-SB2 / RB and Numark Mixtrack pro, you would be forgiven for thinking the DJ202 is no different at first glance. Taking a closer look will reveal the tiny differences that separates this from the pack. The DJ202 has some unique Roland drum kits built in from their TR808, 909, 606 and 707. The standard 8 performance pads have a ‘sequencer’ mode to access these sounds and use the sequencer to build them in to your own beats. 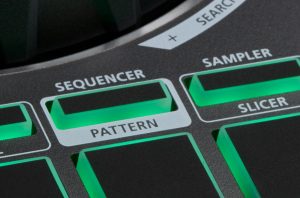 The rest on the Roland DJ-202 is fairly standard these days with two large jog wheels, 8 performance pads that light up (not RGB though), separate play and cue buttons, 2 channel mixer controls with EQ, basic effects controls and short throw pitch faders. The DJ202 also has separate sampler volume which, together with the drum sounds, makes it the most creative entry level controller currently on the market.

Connectivity wise, the DJ202 has large headphone output on the front and rca outputs on the back and the final ‘plus’ point here is the midi output. This sends midi timing signal to synchronize other devices like synths or even lighting controllers, with Serato or your sequencer.

At £249 (due October) the Roland DJ202 offers excellent value for the beginner that wants to to a little bit more than just DJ. Pre Order here. 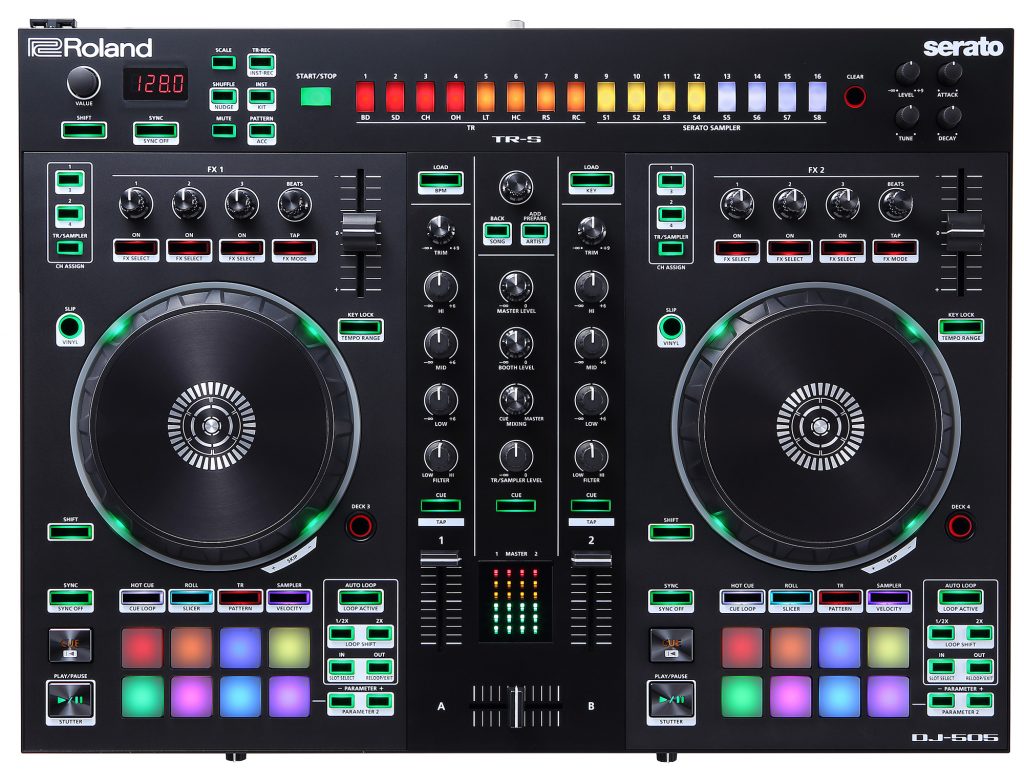 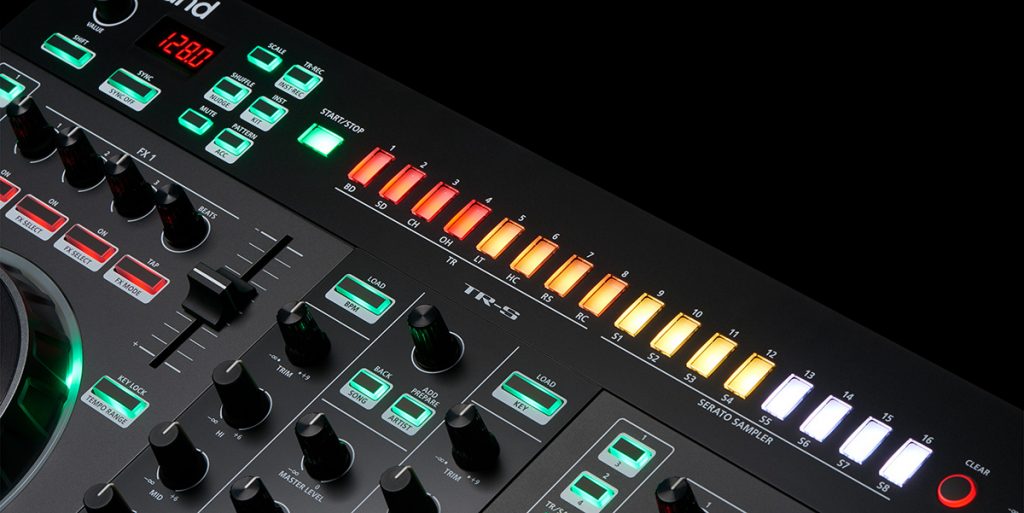 Again, with a familiar DJ controller layout, the Roland DJ505 has everything you need in a Serato DJ controller and quite a bit more. You have the standard jog wheels, pads and 2 channel mixer layout with effects and pitch control. However, the top has the full on Roland TRS drum sequencer on board (which can also control Serato’s sampler) as the bigger DJ808. 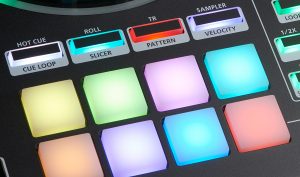 The performance pads are full RGB to relay the cue and loop point colours from Serato and they also be used to play the drum kit sounds.

The mixer section is still a 2 channel affair with 3 band EQ and filter for both channels. Each side of the controller has large touch sensitive jog wheels, effects controls and pitch faders all of which can be switched to control decks 3 and 4 at the touch of a button.

The DJ505 also has inputs for two external sources which could be CD players or turntables, these can also be used to control the software with the optional DVS expansion pack installed. Like the DJ202, the DJ505 has midi output as well to control external devices.

The Roland DJ-505 is a serious mid-range controller for Serato DJ priced at £589 and due in October. Pre Order here.