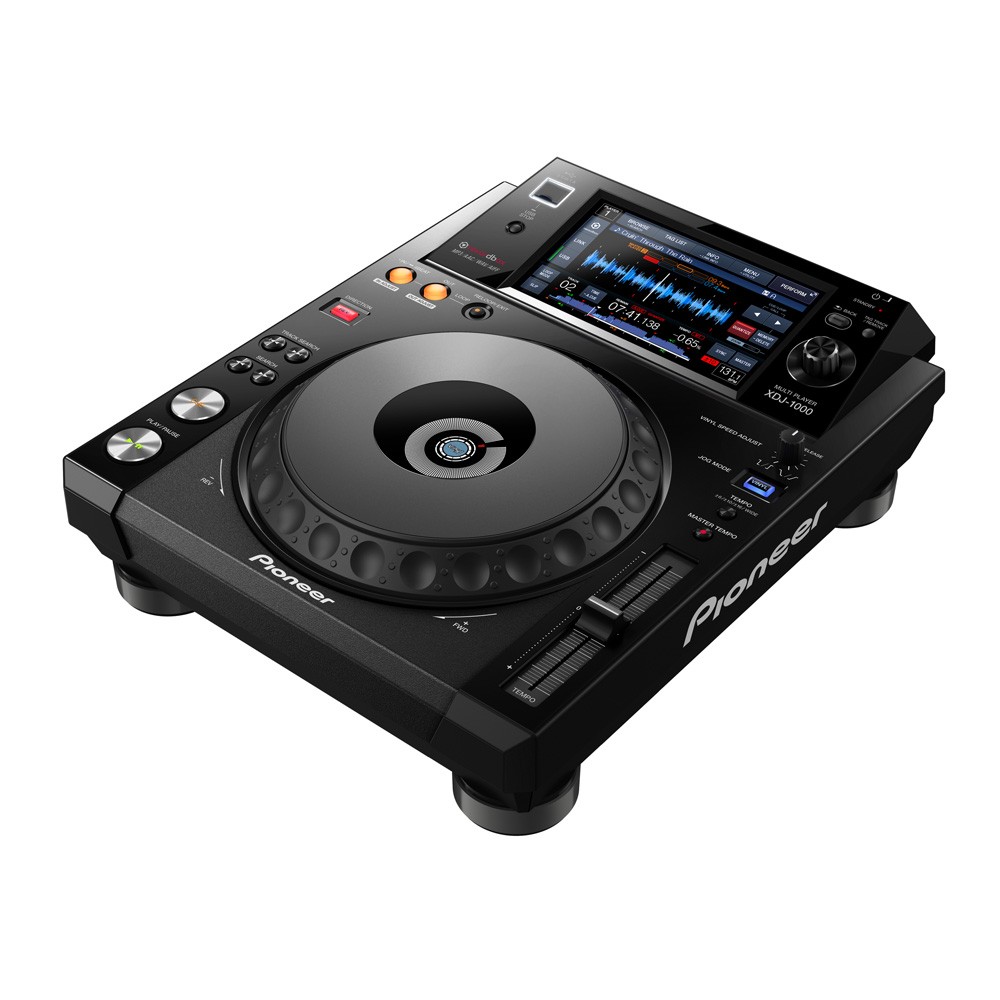 Home DJ Pioneer DJ XDJ-1000 – the beginning of the end for the CDJ?

So this morning Pioneer DJ announced the new XDJ-1000 player.

At first glance most will forgiven for thinking this is regular CDJ style player like the CDJ2000 and CDJ900 Nexus with a nice, large, angled screen.

However, on closer inspection you realise there’s something missing. A CD drive.
This is a development that may upset people as much as Natives choice to remove jog wheels, but it’s an inevitable one.
Since the release of the first CDJ2000 over 5 years ago Pioneer have been promoting USB as their source of preference. The CDJ2000 has always been able to do more when using a USB device over CD, like instant waveform display, cue point setting quantising and (dare I say) sync.
You can store more information, the player can write data to it and the read time is even faster.
Also, from a reliability point of view, it makes sense too. The CD drive is one part that will eventually fail with enough use. You take that out and you have a more reliable machine straight away.
Together with the phenomenal uptake of RekordBox users, CDs are nearly as rare as vinyl in the booth now.

Further more, when was the last time you purchased a CD? Music is recorded digitally, distributed digitally, downloaded, stored and transferred without physically existing. If you own a newer MacBook then you can’t even burn a CD! Even a 2gb USB stick can cost less than a blank CD that can only hold 700mb and get scratched up.

If the CDs are dying then the CDJ is too. It’s time to move on and work out how we are going to refer to these new controllers, or media players or something.

Anyway. Back to the XDJ1000.
This is not meant to be a top end player. Pioneer DJ are almost resetting the benchmark. This is almost like the CDJ 1000, with no adjustable jog wheel tension and only a single start / stop adjustment. It also paves the way for future units too.
It may also look like there are no hot cue buttons either. But look closer at the big display. This is touch screen. And can turn into a number of different things.
You can use the screen to set up cues and loops, trigger cue points, needle drop and track browse even with a full QWERTY keyboard.
The waveform display is clear and smooth as is the cover art.
Best of all is the familiarity of it, it’s like using any other Pioneer DJ Player (I nearly said CDJ there!). Anyone with a RekordBox prepared USB stick will be able to jump on this and instantly now how to use 90% of the functions.

Other features include full midi control, with Serato HID coming soon after release, though not sure yet if the screens will get full feedback.

Due in at the end of November.

You can pre-order from now here.