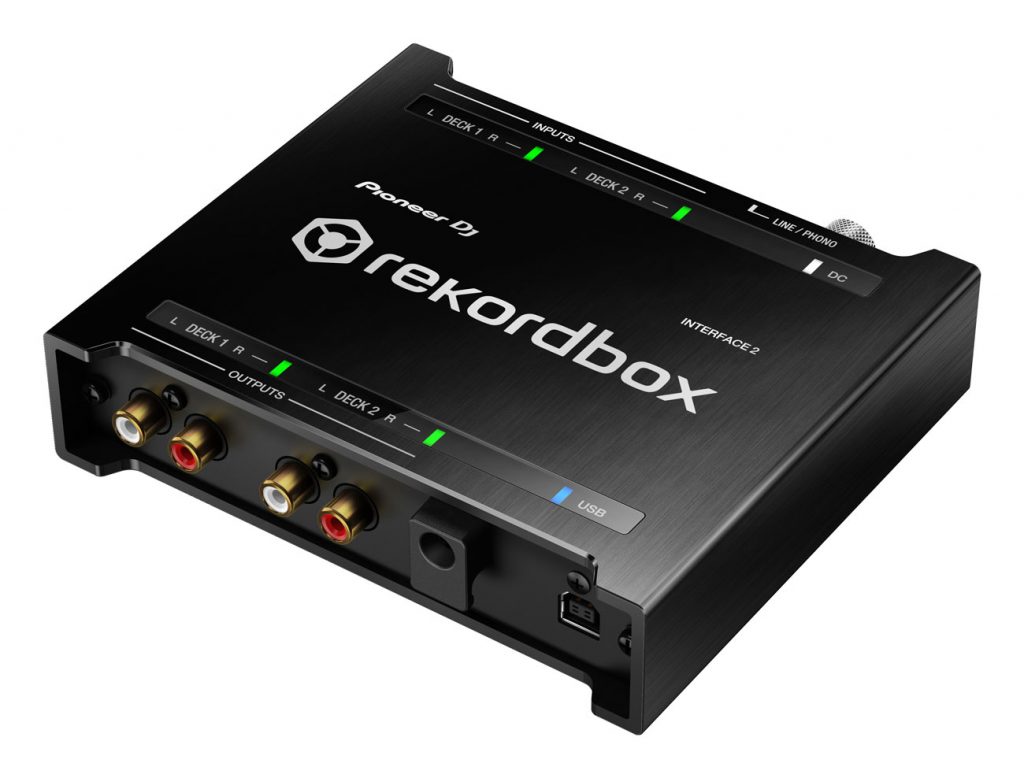 Recently, with the ‘disappearance’ of Rane (it’s jut temporary) there has been a distinct lack of DVS interfaces and systems. This is where Pioneer DJ have stepped up and using their existing RekordBox DJ software which already has DVS capability, have introduced the INTERFACE 2.

As Pioneer already had all the software to do bring this out, it makes sense that they make the most of all their R&D to introduce their software to DJ’s still using vinyl or wanting to DJ digitally using an analogue system.

The Interface 2 is a large solid box with metal build, gold plated RCA sockets and heavy duty thumb screw for the ground cable. Internally, it uses sample rates of 44.1k / 44k / 96k, it’s bus powered but can be run off the included PSU and has a direct through mode, so should your PC crash, you can play a regular record straight from the deck as long as the box has power. It also has some useful LEDs on the front to show you signal is coming in and going out, very useful when troubleshooting.

On the face of it, the Pioneer DJ Interface 2 ticks pretty much all the boxes for features we’ve ever wanted on a DVS box. It comes bundled with the full version of RekordBox DJ with the DVS plugin (obviously) and includes 2 12″ timecode vinyls. All for the bargain price of £259.

The Interface 2 will be available early August 2017.