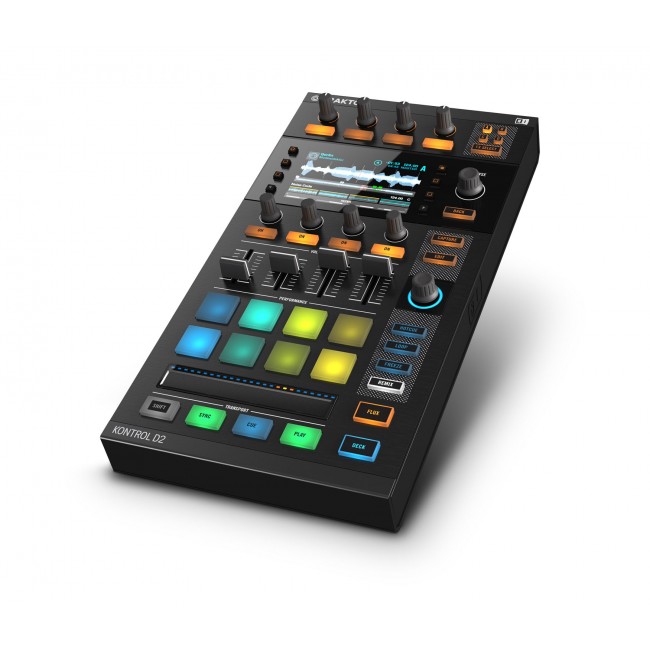 Looking like a third of the Kontrol-S8, the Kontrol-D2 has 8 pads, the same high resolution display, faders and touch strip as the flagship controller.

The Kontrol D2 also has a built in kick stand to bring it up to the same height as most mixers, and a 2 port USB hub at the back to daisy chain 2 units.

The idea of the Kontrol D2 is to use it wither side of a typical DJ mixer in a booth, so you don’t need to take a massive controller to a club and re-wire the sound system.

The other key feature of the Kontrol D2 is that it controls Stems, the new format being pushed by Native Instruments. Stems are tracks that are broken down into 4 parts, e.g Bass, Drums, Vocals, Tops – they can be played by regular software or players that handle MP4, but with a Stem controller and software you can manipulate the 4 separate parts as individual tracks.

Many music labels have already agreed to start releasing Stem tracks and as the Stem system is open source, there are free resources for anyone to produce a track and export it from a DAW in the format.